Trend Micro’s technology scans and runs and rates each application, delivering a detailed report on the behavior of the application to the store owner. Informed decisions can then be made to approve an app for publication or to categorize the app so that users can make more informed decisions and enhance their shopping experience.

“There are already over 100 third party app stores globally, and almost every carrier and device manufacturer is currently investigating how they can provide a better ecosystem to their customers through an app store of their own,” said Khoi Nguyen, Head of Consumer Mobile Business at Trend Micro. “This has led to fierce competition between these stores and the official Android Market from Google, while forcing companies to look at how they will differentiate themselves.”

With Android-based malware expected to skyrocket in 2012 and with the majority of threats being also found in third party appstores, security expertise and app vetting systems are essential to increase trust and use of these stores. With most stores still in their infancy, the systems, processes and skillsets required are also still being developed. Trend Micro’s Mobile App Reputation Service can form an integral part of this process — as a cloud-based service it can be enabled quickly with limited resource overhead.

Automated scanning and reporting can be provided to store owners so that they can begin to filter out specific applications based on issues, while also providing greater levels of detail and advanced warning to their users. Differentiated offerings can be developed via the reputation scores that provide guidance to users on the potential resource consumption by apps, and the heightened level of security and assurance offered.

“Ndoo Network is the first Android AppStore to integrate the Mobile App Reputation technology. We have been working with Trend Micro to test and evaluate the technology since mid-2011 and are seeing great results in catching malicious apps before they get onto the market– it builds trust with our consumers, helping to increase downloads,” explained Chong Chen, CEO, Ndoo Network. “This is fantastic and we have been able to integrate security expertise into the vetting process of our 60,000 apps without any hardware or headcount increase.”

While the cloud-based technology is already currently analysing hundreds of thousands of apps, the Third Party App store service is due to be officially launched by the end of March. Early adopters such the Nduoa Android Market in China are already using the service and any further early adopters are welcome to contact Trend Micro mobile @ trendmicro.com. 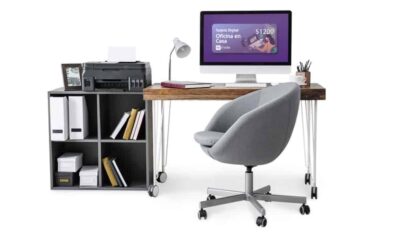